LONDON, July 19 (Reuters) – It’s “Freedom Day” as England marks the end of COVID-linked curbs, but with soaring infections expected to dampen summer trade, tourism and leisure shares are back to where they were last November during the second national lockdown.

From midnight, laws requiring masks to be worn in English shops and other indoor settings lapsed, along with capacity limits in bars and restaurants, and rules limiting the number of people who can socialise together. read more

The curbs ended even as UK infections approached 50,000 a day and Prime Minister Boris Johnson was forced into self-isolation after health minister Sajid Javid tested positive for COVID-19.

On Monday, the FTSE 350 travel and leisure index (.FTNMX405010) sank 3.6% to its lowest since Nov. 23 and companies that might have been expected to reap the benefits of reopening were among the day’s biggest losers.

He was referring to the bets investors had placed on sectors such as hospitality, expecting them to gain from Britain’s blistering vaccination pace, which would allow people to travel, dine out and socialise before other European countries.

But UK-listed shares of cruise operator Carnival Plc (EZJ.L) and British Airways-owner IAG (ICAG.L) fell between 5% and 10%, reversing some of the gains they had notched up earlier this year.

Shares in Restaurant Group (RTN.L), which operates outlets such as Wagamama and Frankie & Bennie’s, fell as much as 5.2% while Cineworld (CINE.L) stocks were down around 10%.

“The airlines, restaurants and leisure companies may not get the strong summer trading they’ve long hoped for,” Mould added.

The British government argues that while 48,161 new cases of COVID-19 were recorded on Sunday, deaths and hospitalisations remain under control. But analysts drew parallels with last year when just before Christmas, Johnson announced a third national lockdown after initially wavering. read more

“The final removal of COVID restrictions (is) doing more to raise fears of a more pronounced outbreak than raise hopes around an economic boost,” said Joshua Mahony, senior market analyst at IG.

Data from investment bank Jefferies, based on its proprietary consumer behaviour gauges, showed UK retail and recreational mobility declining from June while cinema search interest too was down. 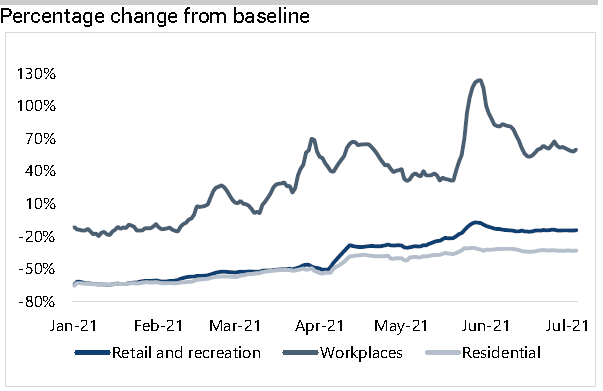 AJ Bell’s Mould called it “a reality check”, as more Britons become infected or have to self-isolate. This is weighing heavily on hospitality firms, where 20% of staff are isolating, according to the Confederation of British Industry.

Jefferies said however it was positive on some leisure segments, suggesting Cineworld and The Restaurant Group as shares with potential upside. “Consumer re-engagement and pent-up demand” would still be supportive factors, it argued. 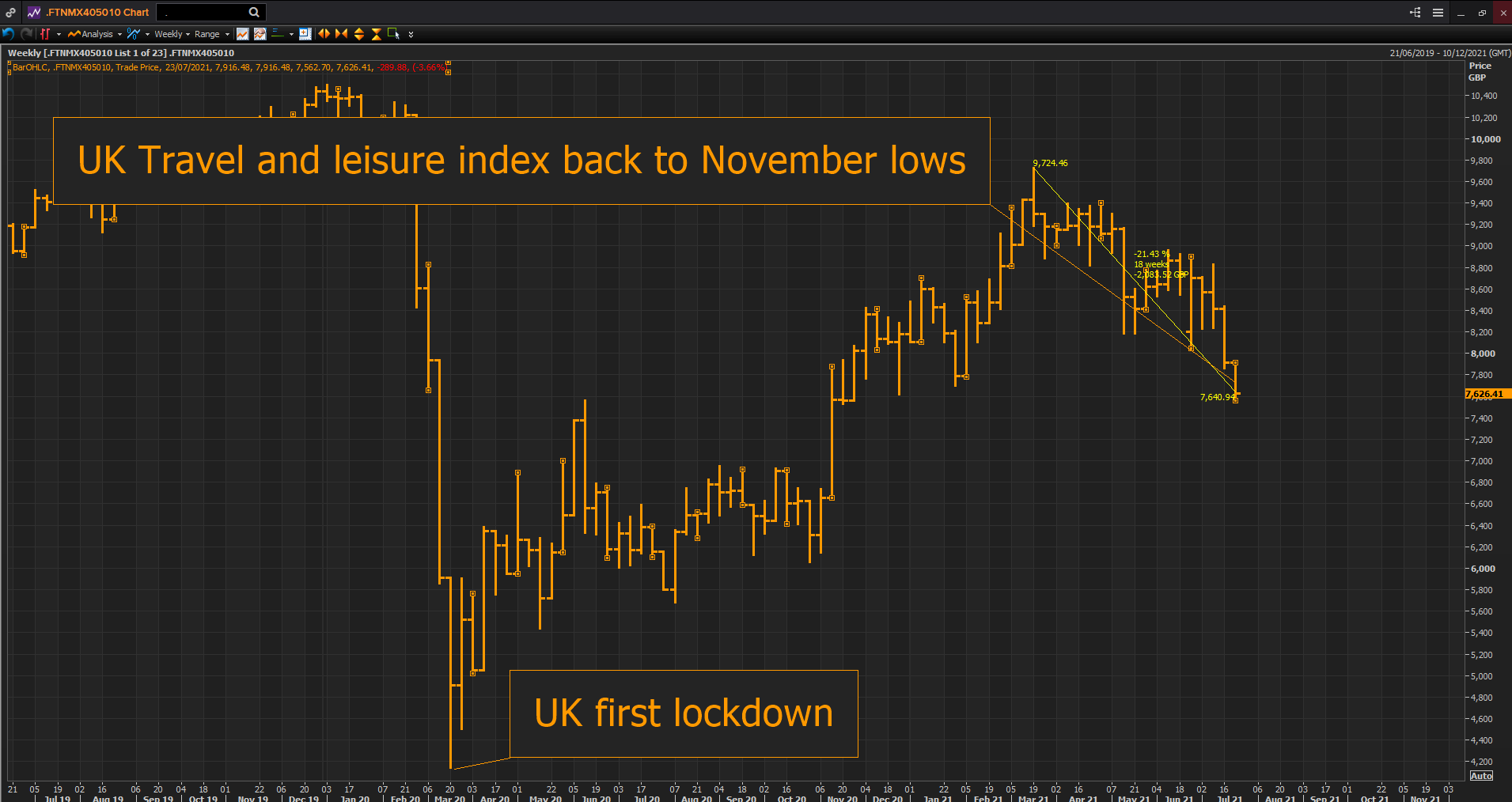