Qantas CEO Alan Joyce believes international travel will peak at three-times its pre-pandemic levels next year with Australians desperate to travel and tourists keen to flock back to the nation’s golden shores.

Australia’s hard borders will swing open from Monday to the rest of the world for the first time since March last year after New South Wales surpassed 80 per cent vaccination rates and ended hotel quarantine for vaccinated travellers.

People will be required to get tested and isolate until they receive a negative result from November 1, with citizens and residents able to leave the country for long awaited holidays or be reunited with family and friends abroad.

Mr Joyce says the ‘pent up demand’ from the past 18 months will see the industry experience unprecedent numbers in 2022 as the world returns to normalcy.

‘I’m sure there’ll be a lot of visitors around the world that want to come into Australia given how well we’ve handled the pandemic,’ he told Sky News. 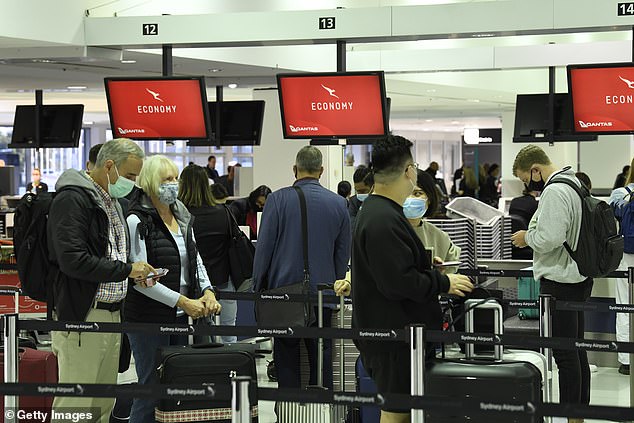 Australia’s hard borders will swing open from Monday to the rest of the world for the first time since March last year. Pictured: People queuing to check in for international travel 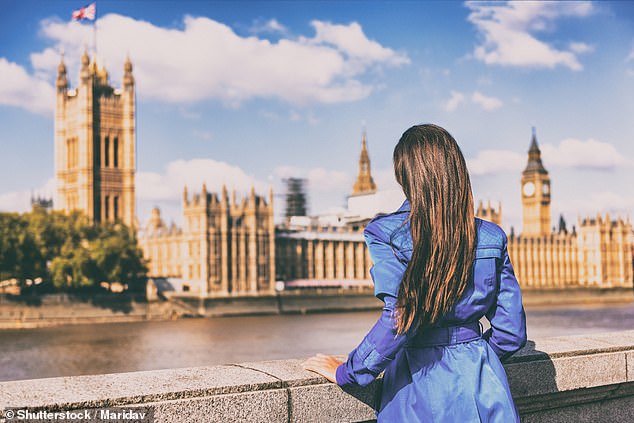 Australians will be allowed to travel the world or be reunited with friends and family overseas from November 1 . Pictured: A traveller in London

The Qantas boss said the re-opening of Australia’s borders was the ‘best news’ the airline has received since the start of the pandemic and his staff are raring to go.

‘We’ve had to make tough decisions of standing down 11,000 of those employees at the moment, 6,000 related to international, 5,000 to domestic with the closedown of NSW and Victoria.’

He said the vast majority of the employees that were stood have have been unemployed since March last year and says they are ecstatic to get back to work before the Christmas period.

‘We now have confidence with the light at the end of the tunnel that we won’t need to stand people down in the future given the really high vaccination levels that we now have in Australia,’ he said. 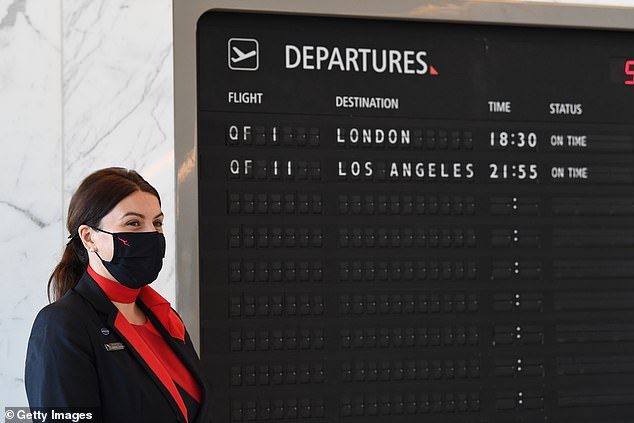 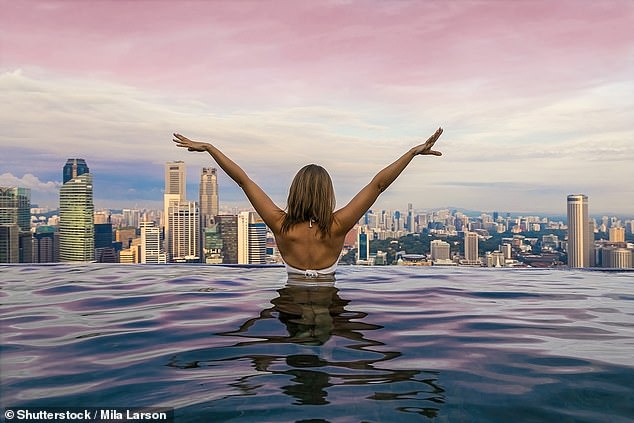 The Australian flagship airline are hoping to be fully operational internationally by the end of the year as the remaining states catch up with NSW and end their respective hotel quarantine systems for vaccinated travellers.

They are also looking at running the domestic operations at 120% as they look to meet the demand of Australian families hoping to reunite for Christmas.

Queensland and Western Australia are currently blocking out the rest of the country while they languish behind in vaccination rates, with Queensland expected to open up before Christmas. 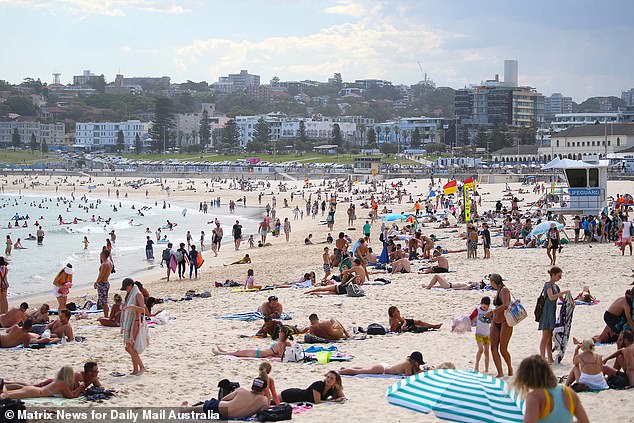